The Scottish Rewilding Alliance is calling on the Scottish Greens to make the trial reintroduction of lynx and the widespread relocation of beavers a core part of any agreement they reach with the Scottish National Party.

The Scottish Greens manifesto stated they ​‘support the gradual reintroduction of species native to Scotland where appropriate and in cooperation with local communities, including a lynx reintroduction trial.’

​“The Scottish Greens have committed to restoring nature through rewilding, including a trial lynx reintroduction. If they reach an agreement with the SNP that includes this commitment, many will see this as a sign they can achieve real change through cooperation,” said Steve Micklewright, Scottish Rewilding Alliance Convenor and Chief Executive of Trees for Life.

The native Labrador-sized Eurasian lynx was driven to extinction in Scotland some 500−1,000 years ago through hunting and habitat loss. It has now been reintroduced to many areas of Europe, including in areas used for farming, hunting, forestry and tourism.

Lynx are shy and solitary woodland hunters that avoid humans. Research suggests the Highlands has enough habitat to support around 400 lynx, which could help to restore nature’s balance by controlling numbers of roe deer, the cat’s preferred prey.

An opinion poll survey by respected market research organisation Survation for the Scottish Rewilding Alliance showed that 52% of Scots supported a pilot reintroduction of lynx, with just 19% disagreeing.

Steve Micklewright said: ​“A trial reintroduction of lynx will have very strong public support, and there would be no clearer signal that Scotland intends to become the world’s first Rewilding Nation.”

The Scottish Rewilding Alliance also wants to see a better approach to beaver relocations to suitable areas of Scotland where beavers are still missing, to help stop the needless killing of wild beavers when they cause problems for farmers on Tayside.

Beavers create wetlands that can reduce flooding, improve water quality, and benefit fish and other wildlife. But since the Government legally protected beavers in 2019, its nature agency NatureScot has issued dozens of killing licences – resulting in 20% of the Scottish population being killed in 2019 alone.

Steve Micklewright said: ​“Nearly all of these beavers could have been relocated to parts of Scotland where local landowners and communities want the benefits they bring, including reducing the risk of flooding. A deal between the Greens and SNP deal must tackle this needless waste of life.”

The Survation poll showed that 66% of Scots support beaver relocation ahead of their authorised killing. NatureScot has identified 100,000 hectares of potential beaver habitat in Scotland, but Ministers have decided to block beaver relocation to these areas.“

Public opinion is in favour of beaver relocation and we have huge areas where they could be moved to. The Greens must ensure that this can happen,” added Steve Micklewright.

The Scottish Rewilding Alliance, a coalition of over 20 environmental organisations, is calling on the Scottish Government to declare Scotland the world’s first Rewilding Nation, with the rewilding of 30% of Scotland’s land and sea within a decade.

3. In the Survation survey, the question about lynx asked was: ​“Managing excessive deer numbers cost Forestry and Land Scotland almost 7m in 2018 – 19, and almost 80,000 deer are culled annually to protect woodlands from overgrazing. Other countries in Europe, including France and Switzerland, have reintroduced lynx, a medium-sized cat which hunts deer and reduces their range: Scottish lynx were hunted to extinction at some point between 800AD and 1250AD.
To what extent would you support or oppose a pilot reintroduction of lynx to Scotland?
Strongly agree: 22%
Somewhat agree: 30%
Total agree (excl d/ks):57.1%
Neither agree nor disagree: 21%
Somewhat disagree: 11%
Strongly disagree: 8%
Total disagree(excl d/ks):20.9%
Don’t know: 9% (Total: 101% because of rounding)

3. In the Survation survey, the question about beavers asked was: ​“In 2019 the Scottish Government announced that beavers in Scotland would be treated in law as a European Protected Species and can only be killed under licence. In 2017, there were an estimated 450 beavers around the Tay and Forth, and 87 beavers were killed by landowners in the year after that protection was Introduced. To what extent do you agree or disagree with the following statement? NatureScot should relocate beavers ahead of authorising their killing.
Strongly agree: 37%
Somewhat agree: 29%
Total agree (excl d/ks):75%
Neither agree nor disagree: 17%
Somewhat disagree: 3%
Strongly disagree: 2%
Total disagree(excl d/ks):5.6%
Don’t know: 11% (Total: 99% because of rounding) 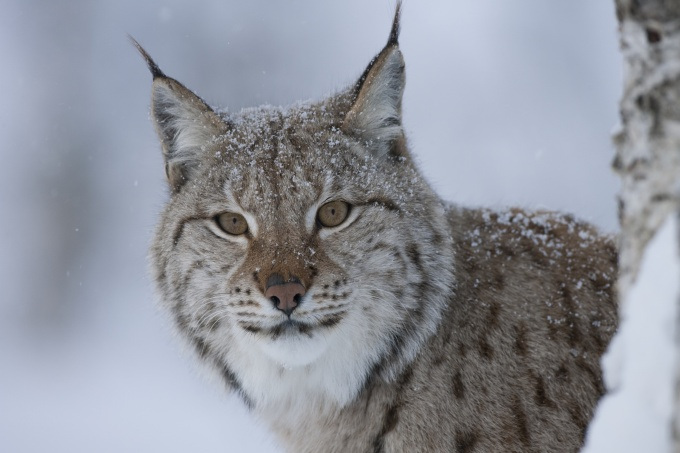 The lynx debate: why claims that sheep increase biodiversity are wrong

The National Sheep Association believes that grazing enhances biodiversity. The independent environmental consultancy Ecosulis isn’t so sure. Here’s why, including its views on reintroducing lynx

Call for Scotland to be a Rewilding Nation

In February, we supported the call for Scotland to declare itself the world’s first #RewildingNation. Here’s what happened on the day it all went live